A grand day out!

Eron and Obelix were the stars of The One Show on Thursday 25th January 2018. We took them up to London and went on live to The One Show with Matt Baker, Angela Scanlon and Julia Bradbury. Its a tad daunting going onto live television but Obelix and Eron were about as chilled as it was possible to get – certainly more so than us!

We set off at 2:30pm and arrived at BBC Broadcasting House just before 5pm. The Show went out live at 7pm and we featured right at the end. Poor Mr Knightly and Oberon came up in the van as well but as the studio had no space to erect a pen, they had to wait outside in the van (with hay and water and a nice deep bed).

After the Show was over, Angela and Julia both came outside to see Eron and Obelix and take photos and selfies along with members of the public and other members of The One Show team. We loaded up at about 8:30pm and were home by 10:20pm. All in all, a grand day out! 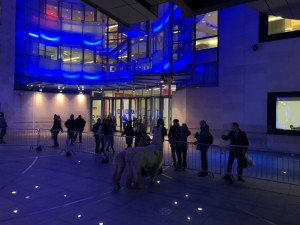 The boys outside BBC Broadcasting House 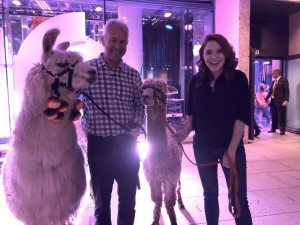 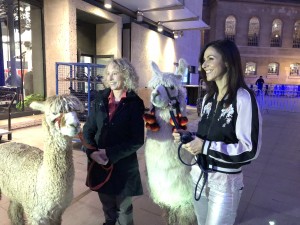 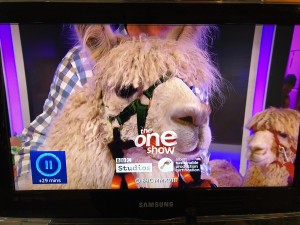 Eron, the llama, on The One Show 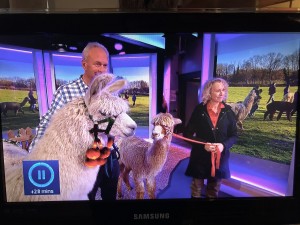 Llama and alpaca live on The One Show 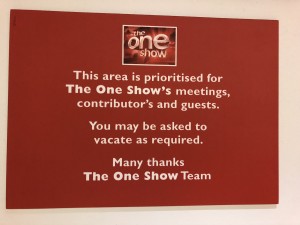